Netherlands: a machine produces drinking water from air and sun

Developed under the auspices of the Dutch artist Ap Verheggen, SunGlacier DC01 is currently exhibited in a museum in The … More

Over 5 trillion pieces of plastic currently litter the ocean. Each year, 270,000 tons of plastic waste is released into the oceans. After three years of research, The Ocean Cleanup is preparing to test its system of plastic waste’s recovery in the seas. 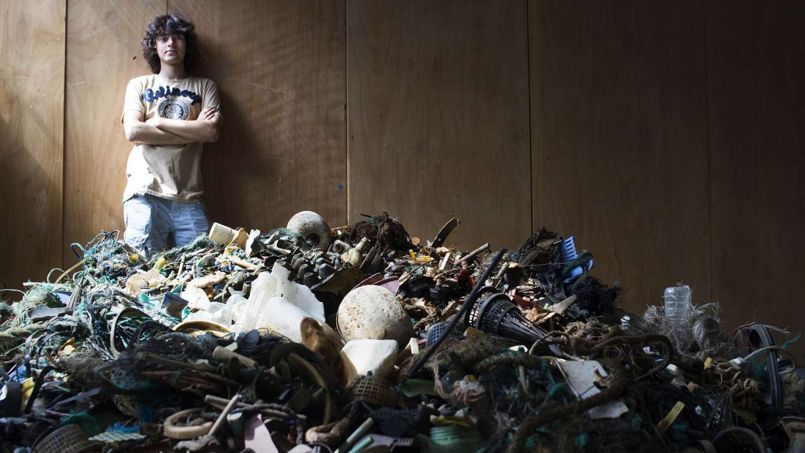 The Ocean Cleanup project aims to recover tons of gyre-aggregated waste in the oceans by using large floating dams installed offshore and fixed up to 4000 meters under water: “Our system is 100 times bigger, twice as deep in the sea and 10 times farther offshore than other projects, “says Boyan Slat, founder of The Ocean Cleanup.
In less than ten years, half of the waste from the Pacific Ocean could be recovered and exploited. This is what promises Boyan Slat, a young Dutch student who has managed to finance his project to clean up the oceans. Two years ago, Boyan Slat presented Ocean Cleanup for crowdfunding. Last September, it reached its first targets, raising $ 2 million.

Imagined in 2013, the 22-year-old Dutchman announced a few days ago that the program will enter the test phase this summer with the deployment of a net 20 km off the Netherlands to check the resistance of the Installation: “The first operational system will then be set up in Japan this year,” said the entrepreneur. “This will be followed by a third and final deepwater test before cleanup in the Pacific in 2020.”

The Ocean Cleanup develops advanced technologies to rid the world’s oceans of plastic.

Boyan Slat became aware of the need to clean the seas at the age of 16, during a diving expedition to Greece where he was able to observe more plastic bags than fish. Facing the general indifference and the absence of sponsors, he created his foundation.

A student of the Delft University of Technology, he chose a participatory funding site to put his ideas into practice. In the end, the target was quickly reached: 38,000 people in 160 countries spent more than $ 2 million in 19 days (about 1.54 million Euros). His TED Talk has been viewed 1.6 million times. In the end, his idea was so audacious that he was the youngest winner of the United Nations’ “Champions of the Earth” Prize.

The principle is simple: a system of long floating arms placed under the water at strategic places against which the plastics will stick. The latter are then trapped, stored in a floating tower and recovered by a tanker a few weeks later to be recycled. This “central tower” will hold up to 3000 cubic meters of plastic.

The first plastic sensor will be in operation next spring, near Tsushima Island between Japan and South Korea. It was Boyan himself who announced the good news on May 20th in Seoul. A two-kilometer-wide construction will be installed at the same location to clean the area for two years. In Tsushima, for every 40,000 inhabitants, one cubic meter of plastic is discharged into the ocean per year per inhabitant. 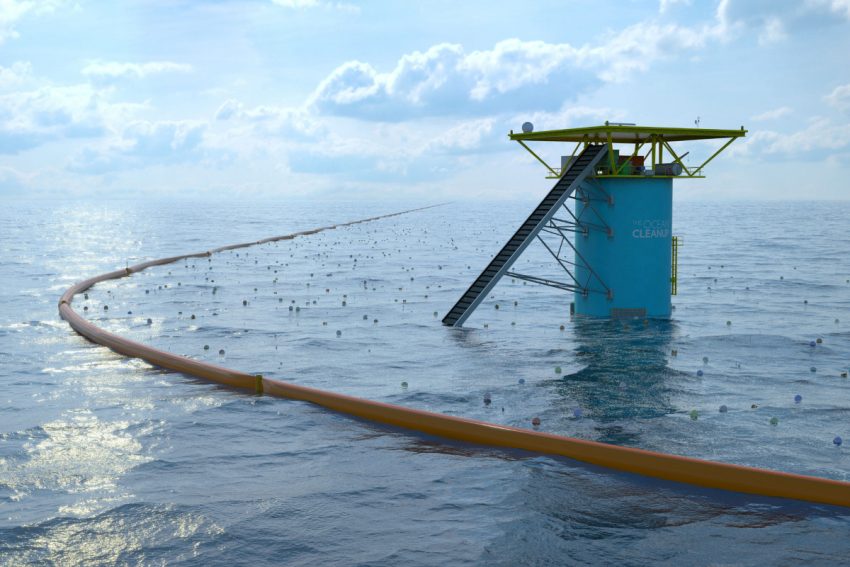 The following installation is surprising. Between California and Hawaii, will be installed a “Plastic catcher” of 100 kilometers long, in the heart of the Pacific Ocean. It is a sea currents crossing area infamous for its pollution rate. He is hoping to aspire half of the “plastic soup” present in these waters. “This eighth continent, made up of plastic and non-degradable waste, continues to grow. A full-scale deployment of our systems is estimated to clean up 50 percent of the Great Pacific Garbage Patch in 5 years,” Boyan Slat told.

In the Dutch Metro News, Boyan Slat said he was delighted that the “plastic soup”, like the 50,000 billion floating plastic particles, could be reduced: “Waste disposal is one of the greatest challenges facing humanity today. The possibility that we have now, allows us to control the efficiency and durability of the system.”

What is not specified is that for the whole project to be completed and for all the streams to be cleaned up, at least $ 300 million would have to be raised. This is why Boyan Slat has given up his studies at the university: to have all his time to devote to his project and his foundation to maximise his action.

And yet, for many experts this project would be totally unfeasible. According to them, the initiative would deal with only a small part of the problem of marine pollution. Boyan Slat wants to demonstrate the opposite, with the support of about a hundred scientists and engineers as volunteers. He also organized a huge recruitment campaign to expand his team.

As part of the campaign ‘Recycling is remaking’ on various platforms (television, radio, print and web)

In an article last year, we featured a young Icelandic who produced a bottle of biodegradable

Bangladesh has a warm, rainy and humid tropical climate with temperatures climbing up to 45 degrees

At Älmhult in Sweden is the headquarters of IKEA, a brand that
Adidas reveals its Parley swimming collection designed with Parley Ocean Plastic. This
India is confronted with a huge waste problem. Plastic is one among
Indonesia is facing the scourge of plastic waste that pollutes the environment.
In collaboration with Parley for the Oceans, an organization that brings together
Go to Top