Nargis Latif: The fairy transforming garbage into homes in Pakistan

Her hands are those of a fairy. Her heart- full of compassion for her people. And what makes the stunning … More

Hand washing with soap may seem as a common simple everyday act. Yet, it remains one of the most neglected life-saving practices in sub-Saharan Africa and south Asia. Every year, more than 3 million children die from communicable diseases that can be prevented by improving hygiene and access to soap. The recycling of soaps, especially hotel soaps, has been hence launched as a worldwide project to save lives.

Hand washing with soap is one of the most effective and inexpensive means to prevent infections. Nevertheless, it remains a luxury for many people in various African and Asian countries as well as for refugees and victims of natural disasters. Studies have proven that the use of soap is more effective than vaccines or medications alone to prevent deaths in children related to diarrhea or other infections.

The recycling project was launched by Derreck Kayongo, a refugee born in Uganda and who travelled to the United States where he finally settled. On the first day of his stay at a hotel, he was surprised to notice that a wide array of various types of soaps was offered per guest. He was even more shocked when he noticed that these soaps were replaced every day. He wondered what happened to these partially used soaps and understood that they were simply thrown away. As a matter of fact, more than 2 million bars of soap are thrown away daily in the American hotels.

Having been a refugee in Kenya and having survived harsh experiences as part of a poor community not having access to a single bar of soap triggered in him a feeling of revolt against such blatant waste. With his wife, Derreck Kayonga created the Global Soap Project; it became a life-changing and life-saving initiative for millions of children in poor regions. The project consists of bridging hotels and vulnerable people across the world. The founder stated that:

Hotels like Hilton and Intercontinental have allied forces with Global Soap Project. In total, more than 500 hotels in the United States have joined the programme. Hotel staff collects the partially used soaps left in rooms and they are subsequently sent to treatment plants where they are sorted out, treated, sterilized and melted again. The only cost that hotels have to incur is transport from the establishment to the treatment plant.

The recycled soaps come out as new ones and dispatched to Non-governmental Organisations (NGOs) in Africa, Asia and Latin America. They are distributed freely during medical visits or during sensitization campaigns.

In the light of its success, Global Soap Project has expanded its activities to Europe where hotels have shown keenness to ally forces with the organization to save lives. Up to now, more than 2 millions bars of soap have been distributed over 32 countries.

The other large scale recycler of hotel soaps is Clean the World Foundation. The latter distributes hygiene products to people in the United States and developing countries through collaboration with NGOs.  The foundation shares the same vision as Global Soap Project: “turning trash into treasure”. The recycling of soap largely reduces solid waste as well. Apart from soap, the foundation encourages hotels to recycle the plastic products as well. Lately, Clean the World Foundation and Global Soap Project have been working in close collaboration to maximize their impact.

From the simple donation box to the more elaborate common pantry idea, this organization is bound to better the lives

He always liked to transform the cities and allow the meeting between the inhabitants to make them happy. Geneva’s Dan

No one has to sleep hungry. Especially when across the world, there are enough resources to produce the necessary amount 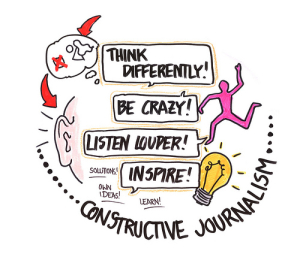 War, terrorism, corruption and political crisis are the headlines in newspapers, radio and television broadcasts. We eventually think that only atrocious things happen in the world. But lots of positive things also happen with perhaps less immediate impact than a geopolitical crisis, but also essential: invention of new drugs, spending less energy…

END_OF_DOCUMENT_TOKEN_TO_BE_REPLACED

Last week we showcased the Bird’s Nest, one of the seven sustainable lodgings within the Treehotel in Sweden. This week

Bangladesh has a warm, rainy and humid tropical climate with temperatures climbing up to 45 degrees Celsius (113ºF) in summer.

Over 5 trillion pieces of plastic currently litter the ocean. Each year, 270,000 tons of plastic waste is released into

Spring break usually conjures up images of relaxation, perhaps on a beach. But for some students nowadays these vacation means to work a 40-hour week to help a public service organisation better serve you, or the evaluation of a website, or analysis of data. END_OF_DOCUMENT_TOKEN_TO_BE_REPLACED

Exploiting the potential of the collaborative economy to fight against food waste while creating new business opportunities, this is what

The new mayor of London is not in the lace on environmental issues and renewable energy since his election. Sadiq

He always liked to transform the cities and allow the meeting between the inhabitants to make them happy. Geneva’s Dan