Nargis Latif: The fairy transforming garbage into homes in Pakistan

Her hands are those of a fairy. Her heart- full of compassion for her people. And what makes the stunning … More 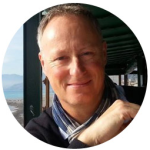 It all started after I watched the documentary “DEMAIN” seen by a million persons in France, an unprecedented figure for a documentary!

I had a pretty pessimistic vision of what the world would turn into… Pollution, overpopulation, exhaustion of natural resources… with humans causing the sixth mass extinction to come.

Then I saw “DEMAIN”.

I suddenly became enlightened to see so many people taking over the course of their destiny, making changes here and there, and acting to make this world a better place to live. It made me realise that each one of us, individually, can make a change; a change that politics and governmental bodies have failed to achieve.

It is all about taking control over our life again.

I have found it so inspiring… That it made me feel like taking action now. Thus, the name of the project INSPIRACTION.news

We aim at publishing articles which tell stories and experiment of individual, groups  or political actions in the field of :

The idea is to share what is being done on our planet and in any language.

We wish to provide qualitative and exhaustive content on solutions and social innovation reported by the local, regional, national and international media, with the aim to provide ideas than can be appropriate by anyone. 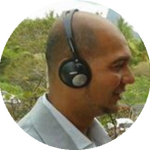 He has a wide and bright career, spanning over 20 years, in the media working for the BBC World Service, BBC Sport, BBC Afrique, Africanews, Radio ONE, Le Defi Media Group (Radio Plus & Tele Plus) and the Independent Broadcasting Authority among others. He also gives lectures at University level on Media Sustainability and Communication. 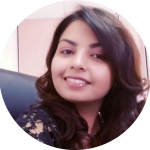 Fadya is a qualified journalist with a solid background in public relations and communication. She has worked for both the Government and Private Sectors in Mauritius and the Russian Federation.

As a journalist, she is known to be tenacious with a passion for investigative journalism and crime reporting. Besides, she has expertise in Corporate Communications, Public Relations, Political Communication, Media Monitoring and Corporate Content Writing. She has been at l’express newspaper and the Independent Commission Against Corruption among other workplaces. She is also multilingual. 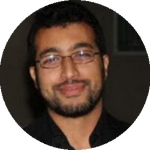 Journalist at Radio Alger Canal 3, he holds a Masters II in Economics and Management from the University of Perpignan. Redha is a field reporter and presenter for radio news and information flashes.

After several internships at Radio France and at the BBC, he worked for one year at TV Canal Algeria , collaborated with several newspapers and magazines and has become the editor of Canal IFA , the web radio of the French Institute of Alger.

Since the last 2 years he heads the cultural service at Radio Alger Chaine 3 . 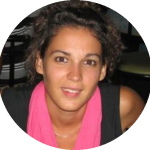 Maria is a wanderer at heart, and when people ask her where she comes from, she says, ‘it’s complicated’. The child of a versatile creator, Maria applies her father’s words to everything she does – from writing to traveling and day-dreaming: ‘There’s no art, only the personal agony for it’.

Since she completed her Master’s in Journalism at the University of Sussex, Maria has worked as a freelance journalist for The Huffington Post, Savoteur and The Culture Trip in five countries in Europe, Asia and Africa, exploring and writing about the uniqueness of each place. Now, settled in Mauritius, she is throwing herself into the diversity and euphoria of this remote island. 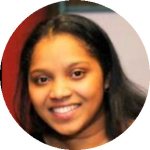 Corinne spent more than half of her career as a journalist in the widest read daily newspaper of her country and afterwards in the Government as Advisor. Having pursued her studies in tourism, she bore witness to how her island, like many other tourism-oriented nations, skirt dangerously with the tolerance threshold at the expense of the environment in the name of economical development.

Initially appalled by the inconsiderate attitude of mankind towards Mother Earth, she decided to go beyond being dismayed through random ‘green’ actions.

She is always one to switch off the air-conditioning, dim the lights, turn off the stand-by TV, close the tap, lever down a single button of the dual-flush cisterns, do double-sided printing, use the stairs instead of the lift… She is never happier than when she is involved in cleaning and anti-pollution campaigns or when she gets to join wildlife conservation programmes… because she is confident that “one stone that is cast across the water can create many ripples”.

Indeed, no good deed is too small or unimportant if we are a million to do likewise. That’s why Laurent’s infectious enthusiasm towards a greener planet effortlessly rubbed off on her, and she readily joined Inspir’Action to do her bit, however modest that bit may seem. Through this website, hopefully you will, like her, share the told and untold stories for a better tomorrow.