Nowadays, more and more alternative, sustainable and quasi-autonomous habitats are finding their place in urban landscapes. Since June 2015, for a three-year period, the Scholten family has had the chance to “test” one of these houses, thanks to a program initiated by the University of Rotterdam.

Under the name of “Concept House” a house, away from the traditional architectural standards, was born in the second largest city in the Netherlands in 2015. It was developed by students at the University of Rotterdam as part of a Sustainable Building Technology Program, led by Professor Krassenberg.

The house allows the Scholten family to be virtually self-sufficient in its fruit and vegetable production and to significantly reduce its energy consumption. An initiative that is reminiscent of the concept of “house-greenhouse” which was developed almost 40 years ago in Sweden!

Indeed, this house of 120 m², entirely built of wood, glass and stainless steel, is surrounded by a greenhouse, from the roof to the ground floor, to store all the energy provided by the sun. On the roof, the family can grow zucchini, cauliflower, beets, salads, tomatoes and all kinds of fruit and vegetables without energy.

On the roof, the family can grow zucchini, cauliflower, beets, salads, tomatoes…

In order to reduce consumption of water and electricity, several technologies (including solar panels) have been put in place. The creators of the project have in particular equipped the roof with collectors of rainwater. A water that will be used both for the irrigation of the plants and for the flushing of the toilets. Moreover, the particular inclination of the panes above the greenhouse makes it possible to optimize and distribute the heat produced by the sun.

A hose aeration system has been installed to refresh the house when it is too hot, but also to evacuate the significant amount of CO2 released by the plants overnight.

The Scholten family, consisting of Helly, her husband, their two daughters and their dog, had been looking for a way to build this kind of sustainable and ecological housing for the last few years, but had been hampered by the price of construction. It was therefore with immense joy that they learned of the existence of this program of “testing” alternative homes and made the request to participate. 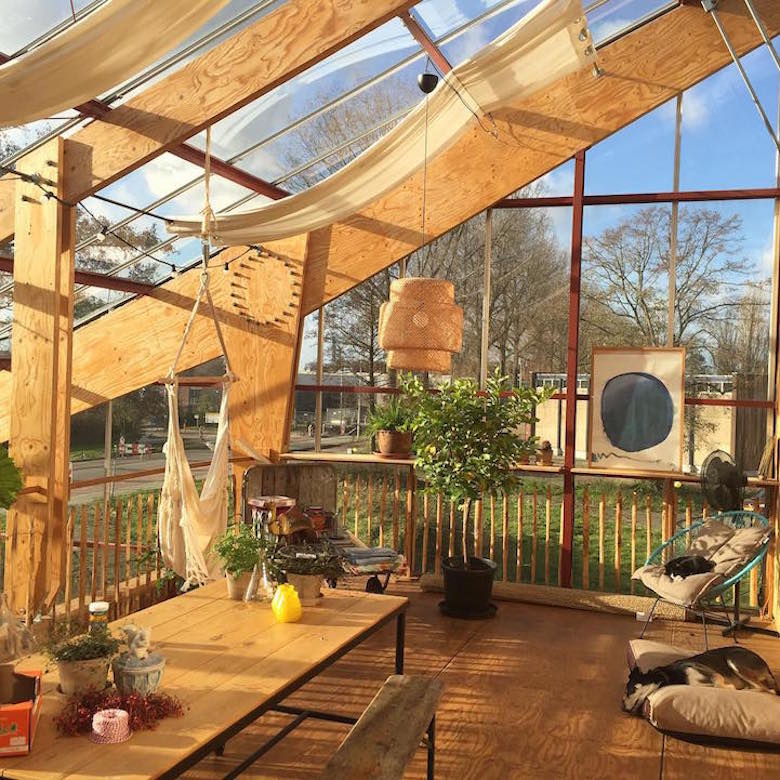 “Of course, this way of life requires special attention for its environment, the plants have to be watered twice a day and the temperatures must sometimes be regulated manually when it is too hot in the greenhouse,” says Helly Scholten, a Dutch “botanical stylist”.

However, the family is delighted with this way of life, which it hopes to pursue elsewhere when the 3-year experiment ends in June 2018. At this time, the greenhouse will certainly go on sale. It should be close to 500 000 Euros for a space large enough to accommodate a small community. The habitat will have the particularity of being transposable elsewhere. Until then, let us hope that many other projects like this one will take place in the heart of the big cities of the whole world as Rotterdam is paving the way to become a sustainable city.

Indonesia is facing the scourge of plastic waste that pollutes the environment. In Bali, to counter

More than 95% of the 10 million Burundians do not have access to electricity. The mayor

The house of Ingrid and Benjamin Hjertefølger, surrounded by a garden, protected
In Europe, accommodation is becoming extremely expensive. In big cities, like London,
Whisky lovers will feel at home in the Findhorn barrels. Manufactured from
The Scandinavian design already has a reputation for modernity, audacity and a
Last week we showcased the Bird’s Nest, one of the seven sustainable
Go to Top