The people of Qinghai province in northwest China have been lit and heated for seven days by solar, wind and a hydraulic dam. The 6 million inhabitants manage to live just with green energies last week. This is a clear proof that the Chinese want to become exemplary in the fight against pollution.

Due to its population and industrial development, China is today facing terrible energy shortages. Therefore, it is not surprising that the country is a precursor in the field of ecology. Dongtan was therefore the most ambitious project of the future Shanghai World Expo in 2010. It is near Shanghai, on the island of Chongming, at the mouth of the Yantze River, in the South-East, that gave birth to a new city, capable of self-managed by recycling its water and its energy: a living space without waste or CO2 emissions where the inhabitants travel on non-polluting public transport.

The notion of ecocity is not new. In 2000, in Sutton in the southern suburbs of London, the world’s first ecovillage was born: Bedzed (Beddington Zero Energy Development). It was this English experience that inspired the Chinese in 2005. On the basis of what was achieved at Bedzed, the Shanghai government signed a multi-billion dollar contract with the Arup engineering consultancy firm to build the first ecotown in the world. End 2010, the green light was given to Arup allowing the launch of the works and build this new city in just four years!

Dongtan benefits from state-of-the-art renewable energy technologies, from wind turbines, solar power and automotive fuel cells. The centre of energy that brings together all the needs of the city is also an attraction for tourists, as well as the leisure park and the science centre. As for waste, they are all recycled. Organic waste is being used, for example, to produce energy. For their part, the farmers of the region are invited to practice organic farming.

The basic ecological principles are respected. Architects have made use of local resources, optimize reuse and recycling. The buildings do not exceed eight floors, and all are covered with plant roofs with grass and green plants to isolate them and easily recycle the water. Their insulation is reinforced along with a skilfully calculated sun exposure. In addition, they are naturally ventilated.

Public transport plays an essential role in Dongtan, notably to relieve the city of cars. They reduce noise pollution and CO2 emissions. The polluting cars are asked to park outside the city and the inhabitants invited to move by electric scooter or by bike. Moreover, everything in Dongtan is organized in order to be able to move easily and without polluting, thanks to river taxis operating on solar energy and buses rolling with hydrogen. Lakes and canals are natural means of transport. Pedestrians have unprecedented air spaces with very wide sidewalks.

This challenge is all the more gigantic as the island of Chongming is made of ancient marshes in the heart of a nature reserve of exceptional biodiversity, which shelters an exceptional fauna and flora. Many protected species in China live there. There are many migratory birds. Today, Chongming District is made up of small towns and villages. In the end, the Dongtan site occupies only 30% of the surface of the island. Eventually, the city is expected to host 500,000 additional inhabitants by 2040. 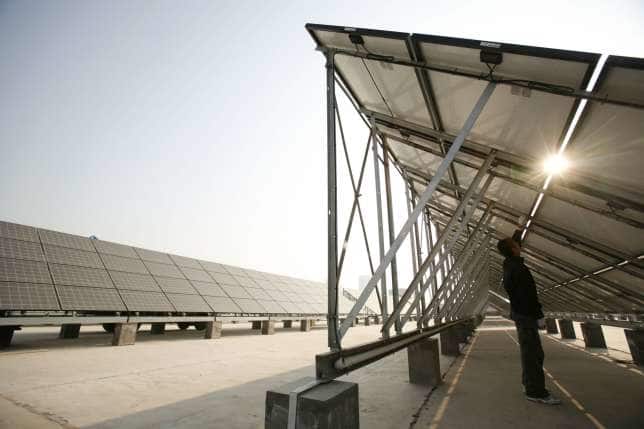 A few days ago, a Chinese province went green for a week. The goal is to forget coal and learn how to manage the various renewable energy sources available. More than five million people were involved. With 6 million inhabitants, Qinghai is one of the least populated provinces in China. But it is also one of the best equipped with renewable energies.

This operation by the State Grid Corporation of China demonstrates that fossil fuels are no longer needed to meet future energy needs. Between June 17 and June 23, 2017, the province was able to cover all energy needs for its 6 million residents through various clean energy sources, including solar, wind and hydropower. “Being the first such test in the country, this is a major step in the transformation of energy supply. It is very important to promote the use of clean energy in China in a sustainable and efficient way, “explained a few days ago in a press release Quan Shenming, CEO of Qinghai Electric Power Corporation, a subsidiary of the State Grid Corporation.

Clean energy is the ultimate solution. We must reduce our dependence on fossil fuels, improve our energy structure and reduce carbon emissions – Han Ti

During this first week of testing, more than 1.1 billion kilowatt hours (kWh) will have been needed to cover the needs of each, which would normally require about 535,000 tonnes of coal. For this week, however, hydroelectric power will have contributed about 72.3% of the electricity production according to Quan Shenming, the rest being covered by wind and solar.

“Clean energy is the ultimate solution. We must reduce our dependence on fossil fuels, improve our energy structure and reduce carbon emissions, “said Han Ti, general vice president of the Qinhai Electric Power Corporation to Xinhua News Agency. According to China’s National Energy Administration, China seems to want to move in this direction and plans to invest more than 2.5 billion Yuan (366 billion US dollars) in renewable energy technologies by 2020. This movement will create more than 13 million jobs according to estimates and put China at the forefront of this new era of energy.

This experience, which is very much followed by the Chinese government, should serve as a basis for future projects for China. From there to imagine dozens of clones of Dongtan in the four corners of the world …

India, which faces a huge pollution problem, is multiplying ecological measures. We recently introduced you to

More than 95% of the 10 million Burundians do not have access
India is the third polluter of the planet behind China and the
For many of us, energy is an important issue. Whether it is
Despite the fact that Donald Trump signed a decree abrogating Barack Obama’s
There is no doubt about it anymore! Your dog is a real
Go to Top