A study on environmental awareness has shown that two-thirds of Germans want a better infrastructure for cycling. In large cities, 60 per cent of drivers could imagine the changeover to bus and train. Less dependent on the car, that would make life better. 91 per cent of Germans are of that opinion and they think that this will help to save the planet.

Environmental minister Barbara Hendricks does not see autonomous driving as a solution for “mobility problems of the elderly”. On Wednesday, she said in Berlin, “The Germans do not even accept automatic cars, because they have to walk in corridors. I find it difficult to imagine a 75-year-old now in ten years, who dared to drive a driverless car.” But just regarding the use of cars Hendricks sees a change of consciousness.

For the first time in the eleventh environmental consciousness study the authors have asked the attitudes to the car and the mobility. 91 per cent of the approximately 4,000 respondents said that life would be better if the individual were no longer dependent on a car. 79 per cent wanted a city development for their place of residence, which promotes alternatives to the car. 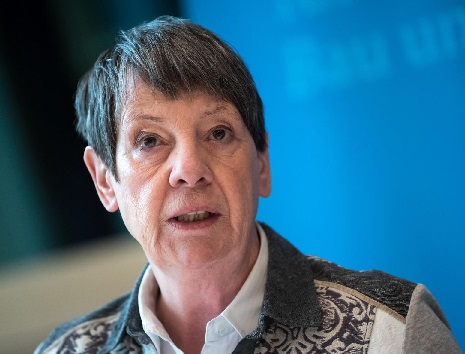 Two-thirds of the respondents want a better bicycle infrastructure

Hendricks was especially impressed that 46 per cent of motorists surveyed who live in small towns or villages with up to 20,000 inhabitants could imagine traveling by bus or train. In the big cities this figure is even 60 per cent. Two-thirds of the respondents want a better bicycle infrastructure. At the same time, however, 70 per cent of respondents also stated that they were daily or several times a week traveling by car.

Harry Lehmann, Head of the Climate and Energy Department at the Federal Environment Agency (UBA), pointed out that awareness is always ahead of real behaviour. This is also shown in the study in other places, for example when it comes to meat consumption and the attitude towards nutrition. But without a change of consciousness, changes are also not possible, emphasised Barbara Hendricks. In any event, the Minister for the Environment sees her strategy of calling for more environmental protection and climate action from the transport and agriculture sector to be successful. 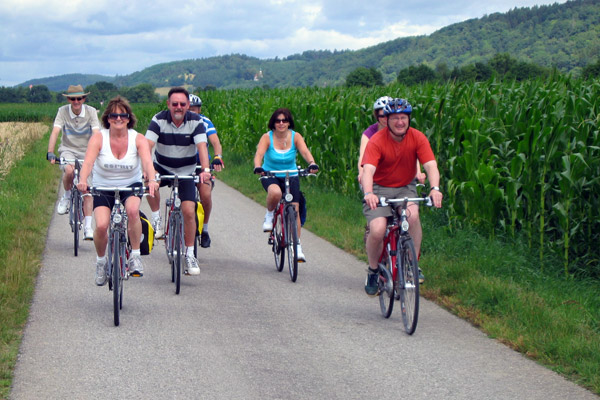 Hendricks sees the major themes for the next government in linking environmental issues with social justice. The risk is that environmental and climate protection could be discredited as an “elite issue” and therefore rejected, she certainly sees. Especially since 37 per cent of respondents see a tension between environmental and climate protection as well as social justice. Topics that can be determined by this are, for example, rent increases after an energetic renovation. Hendricks accused the Union of “breaking the coalition agreement at this point” because it would prevent the modernisation contribution of eleven per cent as she had demanded. On the other hand, a majority of the interviewees say that environmental protection is a prerequisite for prosperity. “This relationship is being understood more and more,” sees Hendricks as a great success.

In climate policy, on the other hand, the Germans are sceptical about success. Two thirds believe that Germany cannot cope with the challenges of climate change. A small minority of the respondents believe that a global economy is greenhouse gas in 2100. However, climate policy and environmental policy have been consistently maintained for 22 years. The Germans consider these topics to be the third most important in 2016 after refugee problems and security. By the way, for the biggest environmental problem, the Germans hold plastic waste in the sea which is quite a reference to the presence of the topic in the public. In comparison to the far-reaching climate problem, which is also a good 90 per cent which the Germans consider important, but it is only slightly more than half. Three quarters see marine waste as the biggest problem.

It is worth noting that there are more than 200 long-distance cycle routes in Germany offering matchless opportunities for exploring the cities and for romantic rides.

8
Tags: Cycling fot the planetreducing CO2 emissionssay no to pollution

Designed by the start-up Green City Solutions, the CityTree project aims to reduce pollution in cities

It’s a first in Europe and a big step towards mobility with zero CO2 emissions. French

India, which faces a huge pollution problem, is multiplying ecological measures. We
Renault continues to innovate in the field of automotive power and it
When you huddle on an Economy Class flight from Emirates airline, it
This is a world’s first for the railways in Netherlands. Projected to
Of the world’s 20 most polluted cities, 13 are found in India,
Go to Top