A 14-year-old boy of Indian-origin has invented a low-cost portable Braille printer. Shubham Banerjee is now working with technology giant Microsoft to integrate Braigo drivers with Windows to make it easily accessible to the visually-impaired.

Shubham Banerjee is recognised worldwide as one of the most promising entrepreneurs. The idea came to him in 2014, when he found a flyer to promote a fundraiser for blind people. Wondering how they can read, he learned Braille and how complicated the process of printing the books for those who suffer from this deficiency.

“When I found the price of a Braille printer, I did not come to believe it,” Banerjee told. “I wanted to help people, so I tried to build a device from the materials available.” These materials were Lego pieces, with which the young man managed to develop its first phase. Hence the company name Braigo: Braille and Lego. His parents helped him to buy the remaining materials which were successfully tested to the printer.

In the world, there are almost 300 million people that cannot see and 90% of them live in developing countries. The current cost of a Braille printer is almost two thousand dollars, but Banerjee’s prototype is four times cheaper. He is targeting a price of US$ 500.

This invention attracted the attention of several specialised publications when he received the Tech Awards 2014 and an invitation to the White House for an event dedicated to young entrepreneurs and inventors. 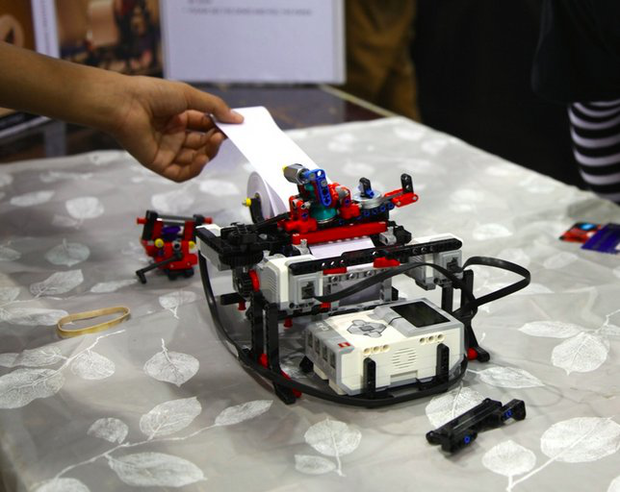 Intel was impressed by the idea and decided to invest in product development. Thus, Banerjee became the youngest entrepreneur in a capital investing company venture. “I never thought that a large company would be interested in my project,” says the young man. “It was an extraordinary surprise.”

With funding received, Banerjee says he wants Braigo Labs to develop another prototype that resembles a normal printer.

From the simple donation box to the more elaborate common pantry idea, this organization is bound

This school in Bali has been recognized as a world reference. With a passionate community of teachers,

In an article last year, we featured a young Icelandic who produced
Bangladesh has a warm, rainy and humid tropical climate with temperatures climbing
On 1st January 2016, the government of Mauritius banned the use of
Hydrao is a shower head connected in Bluetooth to a smartphone produced
A supermarket in Berlin has set up a vertical farm inside its
Go to Top