French cities to be powered by water from rivers

The water current: difficult to find a cheaper and cleaner source of energy. However, the giant dams are often not … More

Can you imagine of the rearing of cows on water? This is a remarkable project of 2.5 million Euros by … More

The movie “Tomorrow” (Demain) is a hit in Belgium with several citizen initiatives are emerging. They want to transform their … More 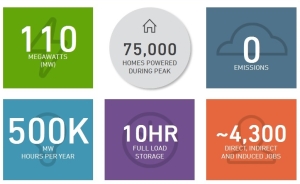 Syd Kitson is a former professional American football player and has now converted into a real estate developer. He decided to embark on an environmental project in Florida, building the first US city solely powered by solar energy named Babcock Ranch.

Ten years after having acquired the land, construction is in full swing nowadays for what will be the first green city in the country, a city capable of hosting 50,000 people.
No house has been completed yet, but the first residents should be able to move in early next year, said Syd Kitson, 57, who played in the lucrative American Football League (NFL) for five seasons before becoming real estate developer. “We’re creating a new city”, says the former player of the Green Bay Packers and Dallas Cowboys. “Our mission is to prove that reasonable growth and environmental protection can go hand in hand.”
Rather than building yet another residential area or a remote subdivision of downtown, he decided to build an ecological city from A to Z, with all the necessary comforts of modern life. His project includes a public school, a neighbourhood with shops and restaurants, hiking trails and lakes to enjoy water sports.
Apartments and stately homes are designed for occupants of all ages, at prices ranging from 200,000 to 800,000 US$, according to Mr. Kitson. The end of the first phase of construction, with 1,100 homes, is expected by 2017. The city should be equipped with the latest environmentally friendly technologies and be respectful of certified sustainability criteria by the Coalition for the Florida Green Building.

But the path was full of obstacles. Starting with the global financial crisis of 2007, this broke out immediately after the purchase of land. The construction, at some time, remained stalled. Residents also argued that the project would harm the environment and affect their rural lifestyle. Some have threatened to launch lawsuits to try to block the sale of the land by its owners since 1914, the Babcock.

Syd Kitson managed to extinguish the opposition by buying almost 370 square kilometers held by the Babcock’s family. There were also doubts about the possibility of producing solar energy at an affordable price. “A city powered by electricity from the sun? It had never been done before, “noted Eric Silagy, CEO of the power company Florida Power and Light (FPL). When he met with the developer for the first time nine years ago, Mr. Silagy has warned of the high cost of solar energy. “Syd listened with great attention and said OK. We simply will give you the land,” recalls the owner of the electricity producer. “And, honestly, I was surprised.”
Syd Kitson finally gave 179 hectares to FPL for the construction of a solar farm. If project presentation materials evoke “the first city in the world powered fully from solar electricity,” the energy produced by the solar installation will not feed directly into the new eco-village but will be injected into the FPL network. Still, the 75 megawatts solar farm will produce enough electricity to power 21,000 homes, about the same number planned eventually to Babcock Ranch, said a spokeswoman for FPL that, through this project, will triple its current solar capacity. “He pushed us to be better, to be creative, to do things differently,” said Mr. Silagy. “This is a man who does not accept being told “no”.

In China, Shanghai still remains the most populated city with its some 24 million inhabitants. In

Do you want to develop your children in a family environment, without giving up the advantages

A local community capable of producing its own food and its own energy? Many of us

The founders of Argilus are persuaded that they invented the “concrete of
In order to make your fastest meals come together with eco-responsibility, German
In China, Shanghai still remains the most populated city with its some
Tessa Silva-Dawson, a design student at the Royal College of Art in
From the simple donation box to the more elaborate common pantry idea,
Go to Top